Showing posts from January, 2011
Show all

127 Hours (2010), R, 94 minutes - I'm going to get this out of the way right up front. Despite my recent attempts to format my reviews in a spoiler friendly way, there really isn't any way to do that with 127 Hours so if you're worried about that sort of thing just stop reading now. Over the last few months, I have heard and read how great a performance James Franco turned in as canyoneer Aron Ralston in this film based on Ralston's experienced being trapped by a boulder in a Utah canyon. As a result, 127 Hours has been on my list of films to check out for quite a while. I had also heard that the scene in which Ralston finally frees himself from the boulder that trapped him was vary graphic. Now I'm not going to talk big or anything, I don't do well with such material. I can watch war/battle scenes all day long, but as soon as a scene turns even remotely like a surgery (no matter how crude), my stomach turns. Knowing this, I convinced myself I cou
Post a Comment
Read more 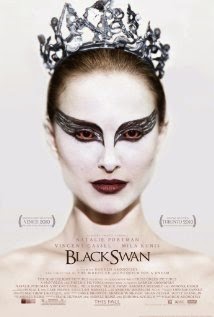 We're into the beginning of the New Year and there is a bit of a lull until the next wave of movies that I'm looking forward to seeing in theaters hit so there's not a much better time to drop my Top 10 list for the past year on you. Just a couple things to keep in mind as you take a look at the countdown: As always, the list is an opinion and includes movies that I actually saw in the theater upon their release. There's a good chance you won't agree with some of the films, or their placement, but with a little luck, there may be something on here that sparks your interest. These are the films that I enjoyed the most when I saw them in the theater not necessarily the best from an award winning potential standpoint. Most of these films I had reviewed earlier in the year. If you have more interest than the bullet point I've listed here, click the movie title and follow the link to my previously posted review. Movies from 2010 that I wanted to see, but d
Post a Comment
Read more
More posts