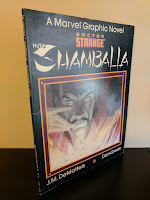 Prior to last fall, I really hadn't read much Doctor Strange (just Roger Stern and Mike Mignola's Doctor Strange and Doctor Doom: Triumph and Torment, Brian K. Vaughan and Marcos Martin's Doctor Strange: The Oath, and the recently finished Jason Aaron/Chris Bachalo run on the title).  I thoroughly enjoyed all of those, and as more collected material was released leading up to last November's film, I found myself picking up and reading more and more of the Sorcerer Supreme's adventures.  The one story that was always given overwhelming praise was Into Shamballa.  The only problem being that it was an OGN (original graphic novel) from the Marvel Graphic Novel line of the early 1980's that has never been reprinted.  I scoured the web, never feeling comfortable dropping the kind of cash being asked for the available copies I came across.  As a result, Into Shamballa took up residence on the 'in my dreams' portion of my want list.  I had stopped actively searching for it when, as I roamed the aisles of HeroesCon in Charlotte, NC last weekend, I stumbled across a copy that wasn't just in better condition than what I had previously seen online, but was priced better to boot, so I happily nabbed it. 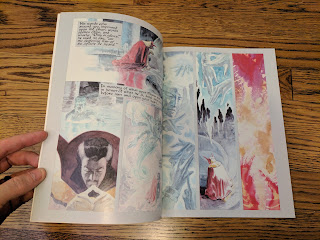 Being one of the stories from the Marvel Graphic Novel line, Doctor Strange: Into Shamballa is the perfect length for one sitting reading, even for someone like myself who isn't the fastest reader (64 pages).  Doctor Strange travels to the Ancient One's home in the Himalayas in order to pay homage to his deceased mentor and finds himself working his way through a series of tasks that he believes have been left for him by the Ancient One.  The story is written by J.M. DeMatteis and illustrated in beautiful water colors by Dan Green. 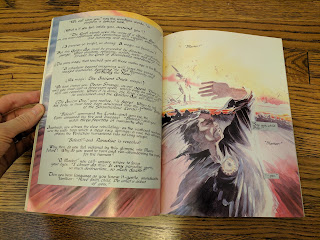 I must say, Into Shamballa lived up to expectations, which were quite high considering the fact that I had never heard a bad word uttered about it.  The story is over thirty years old now and it holds up wonderfully.  There really isn't anything that anchors it in a particular time period so it is a great stand alone read.  If the name sounds familiar to you, it may be because it was referenced in the Doctor Strange movie (Shamballa was the wi-fi password in Kamar-Taj). 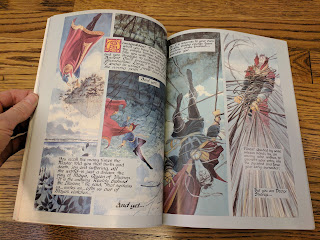 As I mentioned earlier, the only bad thing about this story is that it has never been reprinted, and therefore isn't very accessible.  I don't think it has even been reproduced digitally at all (comixology or Marvel Unlimited - if I am wrong, someone please correct me).  So if you're able to find a decently priced copy (which varies for everyone), or are able to borrow it from a friend, I would definitely recommend giving it a read if you are interested in the character.  Apologies for not going more in depth on the plot, but I don't want to spoil anything.  I really enjoyed it, and its one-sitting length makes it perfect for future re-reads.  I was excited to have found a copy, and now I'm even more excited that I enjoyed it as much as I did. 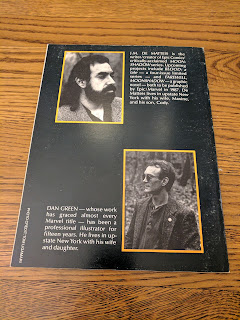